The Chinese investment in Africa is good business to Africa.

When the West invest in Africa, they are “ helping” Africa. When it is the Chinese, it is a “ debt-trap”? Are you familiar with the conditions that IMF and World Bank impose on African countries before lending? It’s simply neocolonialism. They force them to sell off their mines to Western companies.

Chinese loans have lower rates and some have been interests free. How is that bad for Africa? They are way better than IMF or World Bank loans. Who has accused Western countries or these agencies to trap Africa into debts?

Why is the West complaining too much on behalf of Africa? Do they really care? Or they are simply scared of the Chinese mighty influence in Africa.

From an African perspective, Africa is very grateful for the Chinese Investment in our continent. We hope our leaders will take advantage of this opportunity to develop our economies and to negotiate better trade and mining deals with other key players ( US, UK, EU, China, Asia, etc).

How is China doing it? What are they doing differently? I will explain.

Visual description of Chinese Investment in Africa. Take a look at these mega-infrastructure projects. 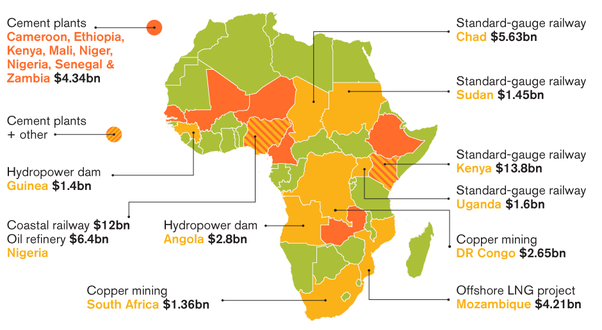 With the Chinese investment, we have a good leverage to get good deals. Finally, we have another big player who is doing things the right way. Making investments to promote and to facilitate trade, business, and innovation in Africa.

READ  Sudan with thrice as many Pyramids as Egypt!

Chinese investment in energy, agriculture, and infrastructure is exactly what Africa needs to boost their markets. Thanks to China, Africa is a place to invest and not for charity.

Chinese Investment in Africa is not a debt trap. African countries who have a sustainable development plan will benefit immensely. Each country should position themselves to benefit from this Chinese partnerships. This “ debt trap” bullshit is another propaganda by the West to bully China’s influence in Africa and around the world.

By 2030, thanks to this partnership between Africa and China, China will take over the US. Africa will also be much better off than we are today. It is a win-win business relationship for both sides.

How did China get here? Dambisa Moyo, the Zambian Economists and one of Africa’s leading Economists, breaks it down what China is doing in Africa for you.

In the past, Africa has been ripped off by Western companies and governments.

In 2006–2010, Zambia was forced to sell 100% of their copper mines to a Swiss giant, Glencore. The deal went so fast and was not carefully studied by Zambian authorities. Why? Because IMF and World Bank had refused to loan money to Zambia unless they sold the mines. Remember this was around the financial crisis around the world and developing countries were hurting badly. For Zambia, a country with the largest copper reserves in the world, their economy was hurting badly. Copper prices were at an all-time low.

Glencore paid $ 50 million for the whole 100% copper mines of Zambia. Since 2010, the price of copper has gone up, but the Zambian government has kept receiving a single price for their copper. Cases of corruption, tax evasion, transfer pricing, and other complicated schemes to avoid paying taxes are all too common in the Zambian mining industry. Whether be Swiss companies, Anglo-American companies, Canadian or Australian mining companies. 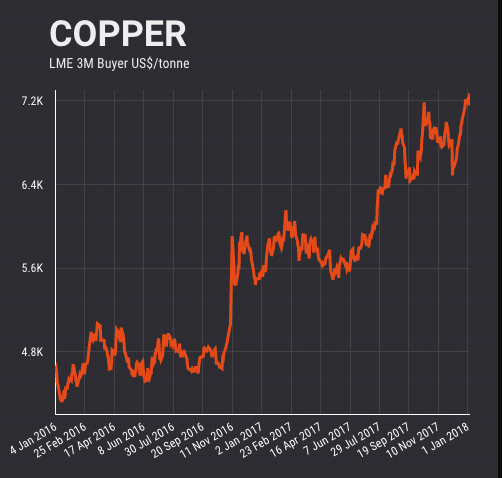 The contracts were signed off by a nonsense president, Frederick Chiluba. He pretty much stole most of the that $ 50 million and the people of Zambia never saw any of it. Ten years later, the Zambian government is trying to recover the mistakes made by the dumbest president in their history. They have not recovered since then.