The Director of Public Prosecutions (DPP) has with withdrawn corruption charges against 10 suspects linked to the second National Youth Service (NYS) scandal.

This emerged on Monday as the case up for hearing before Milimani Court Principal magistrate Peter Ooko where charges were read afresh to the remaining suspects.

The DPP, however, told the court that should there be new evidence against the discharged persons, they can be rearrested.

The suspects were first arraigned in court in September 2018 when charges were first read.

The move by Haji came after the case was up for hearing before Milimani Court Principal magistrate Peter Ooko who read the charges afresh to the remaining suspects.

Following the initiative by the tough talking Haji, the number of suspects facing the charges has now gone to 20 from the initial 38.

In October this year, 8 suspects were released after their charges were dropped in accordance to section 87A of the Criminal Procedure Code.

Four of the released suspects were turned into witnesses to testify against former National Youth Service (NYS) Director-General Richard Ndubai, former Youth and Gender Affairs Principal Secretary Lilian Omollo and other suspects charged in the scandal. 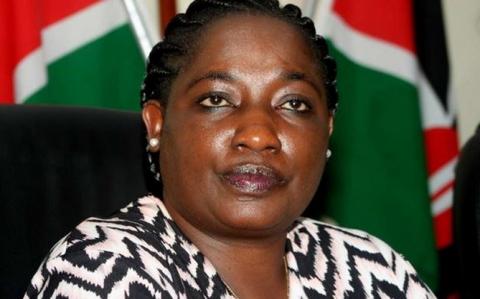 The prosecution team during the hearing last year, vowed to reveal how huge amounts were paid as pending bills yet they did not fit the description of a pending bill as they were slotted into the NYS stock of pending bills.

In September, it was revealed that Omollo used her children’s bank account to avert detection in the multi-billion National Youth Service corruption scandal.

Detectives involved in the investigations of the crime highlighted that Ms. Omollo at one point made a cash deposit of Sh20 million to accounts registered to Sheela Mbogo, Stephanie Mbogo, and Shalom Kamwetu.

DDP drops the case against the infamous Ambira Boys students

We shall recover all the stolen money, says President Kenyatta