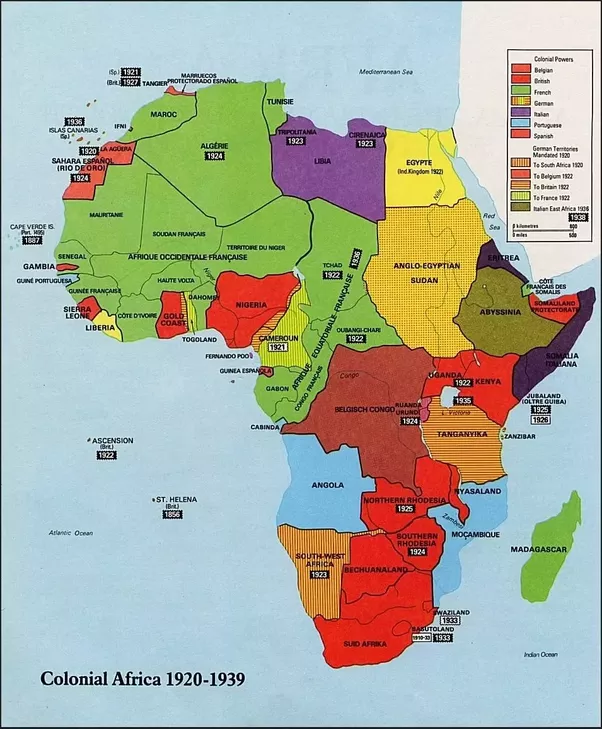 Map of colonial possessions in Africa after World War I. French colonies are marked in green. Guinea is in the lower left corner. 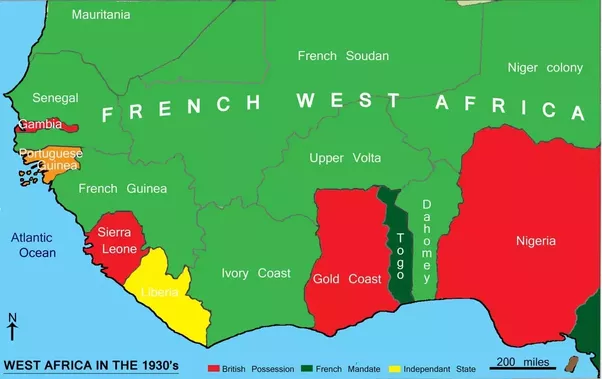 Here it is. Can you see ‘French Guinea’? Just upwards of red and yellow spots.

General De Gaulle was not exactly very enthusiastic about giving independence to the French colonies. In 1958, he proposed them to choose between autonomy in the framework of the French Community and independence, but without any help from France. Everyone understood the rules of the game and voted to stay under French control (according to official figures, Congo voted 99.38% in favour). Everyone except Guinea. Guinea voted for independence. Local politician (to become the first President of Guinea) Ahmed Sékou Touré declared:

We, for our part, have a first and indispensable need, that of our dignity. Now, there is no dignity without freedom. We prefer freedom in poverty to riches in slavery.

The revenge was immediate. All French civil servants, doctors, specialists and teachers went away. They reportedly took everything they could (including dishes from the governor’s palace), tore out the telephones and removed light bulbs from sockets. They are also said to have removed the medicaments from pharmacies and hospitals and burned them. French diplomat André Lewin, in 1975–1979 ambassador to Guinea, would say:

We left the Guineans with only their eyes to cry from.

Of course, all aid programs were ended. Moreover, no other Western nation dared to offer assistance to Guinea because it would mean alienating France. Luckily for the newly-independent nation, not everyone was so wary. Kwame Nkrumah of Ghana gave a loan of 10 million pounds. China made a gift of 5,000 tons of rice, despite being short on food itself. And, of course, Soviet Union and its allies were more than happy to fill the void.

READ  Made In Uganda Electric Bus Takes To The Roads