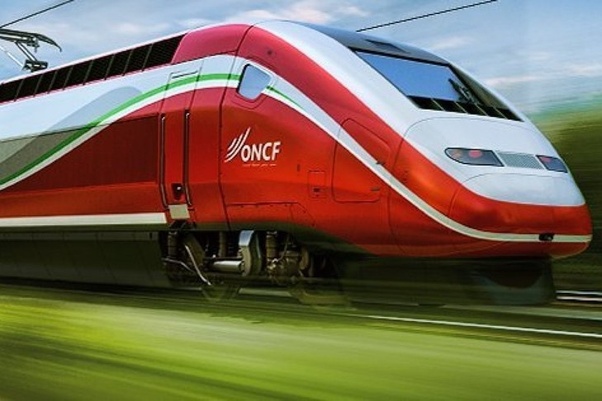 Morocco inaugurated on November 15 Africa’s first true high-speed rail line, running between Tangier, the capital Rabat and Casablanca at speeds of up to 320km/h, cutting travel times from five hours to two-and-a-half.

King Mohammed VI was joined by Emmanuel Macron, the president of France, for a ceremony at the renovated Tangier Ville station and a seat on the first departure. 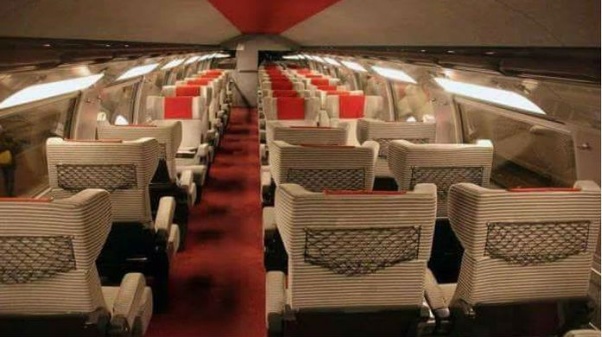 The service has been named “Al Boraq”, a reference to a winged steed, which in Islamic mythology carried the prophet Mohammed from Mecca to Jerusalem.

Speaking during the opening ceremony at the renovated station, President Macron said the project reflected “the depth of bilateral relations based on a strong partnership between the two countries”. 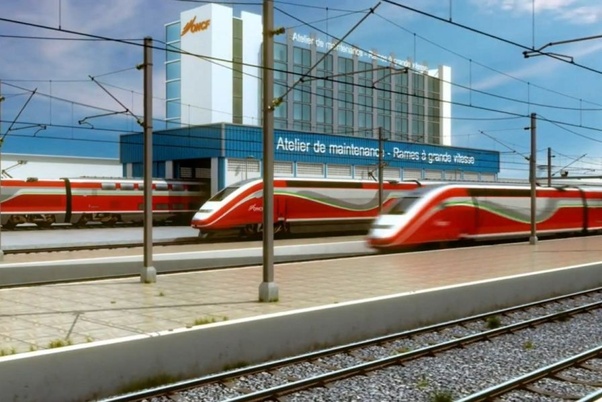 The high-speed section runs for 186km from Tangier to Kenitra, just north of Rabat. The remaining section to Casablanca has been upgraded to 160km/h, a speed that will later be increased to 220km/h. National operator ONCF expects to carry 6 million passengers on its high-speed services during the first three years of operation.

The €2.1bn line was partially funded by a €625m loan from France, along with €80m from the Arab Fund for Economic & Social Development. It was built by Moroccan contractor Société Générale des Travaux du Maroc along with a number of French companies including Alstom, the Ansaldo-Ineo group, and the Colas Rail-Egis Rail consortium. 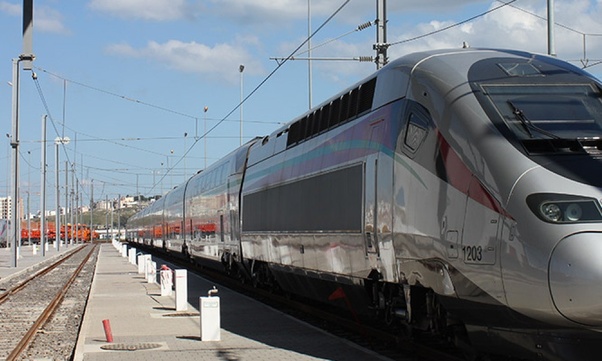 The line is also the fastest in the North African, Middle East region, being 20km/h speedier than the recently opened link between Mecca, Jeddah and Medina in Saudi Arabia. 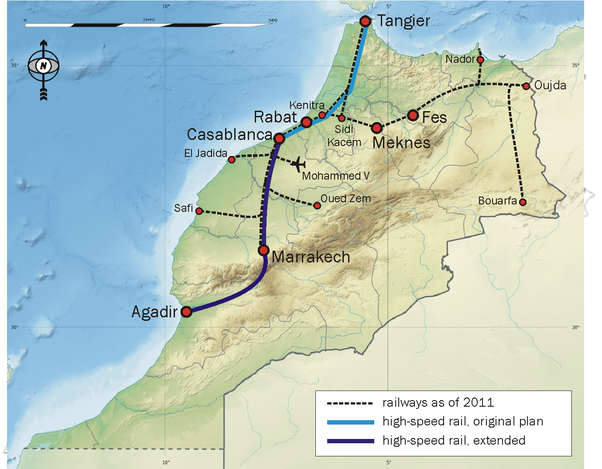