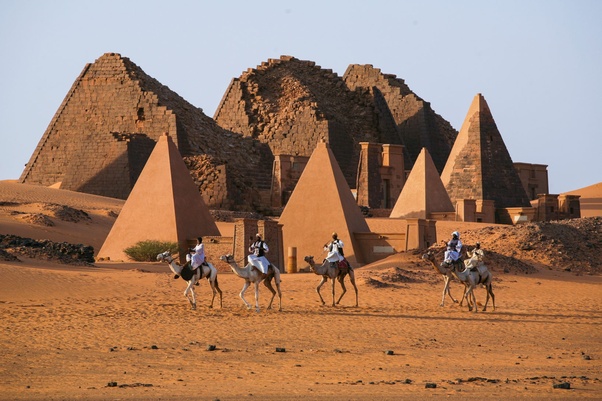 Nubian pyramids are pyramids that were built by the rulers of the ancient Kushite kingdoms.

The area of the Nile valley known as Nubia, which lies within present day Sudan, was home to three Kushite kingdoms during antiquity. The first had its capital at Kerma (2600–1520 BC). The second was centered on Napata (1000–300 BC). Finally, the last kingdom was centered on Meroë (300 BC–AD 300). They are built of granite and sandstone.

Kerma was Nubia’s first centralized state with its own indigenous forms of architecture and burial customs. The last two kingdoms, Napata and Meroë, were heavily influenced by ancient Egypt culturally, economically, politically, and militarily. The Kushite kingdoms in turn competed strongly with Egypt economically and militarily. In 744 BC, the Kushite king Piankhi overthrew the 24th Dynasty and united the entire Nile valley from the delta to the city of Napata under his rule. Piankhi and his descendants ruled as the pharaohs of the Twenty-fifth Dynasty. Napatan control of Egypt ended after being conquered by Assyria in 656 BC. The Nubian pyramids are recognized as a UNESCO World Heritage Site. 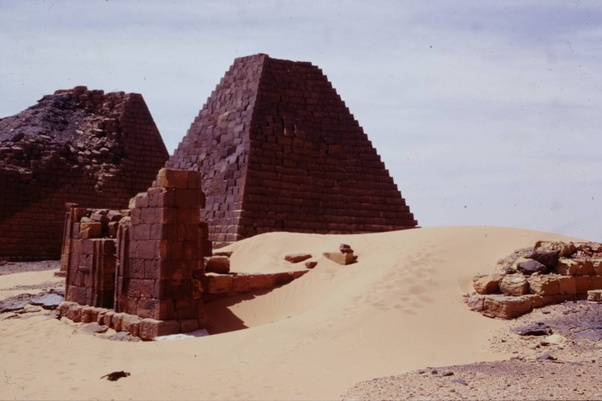 So far more than 350 pyramids grouped in five sites were discovered in Sudan. They were constructed in Nubia over a period of a few hundred years to serve as tombs for the kings and queens and wealthy citizens of Napata and Meroë. 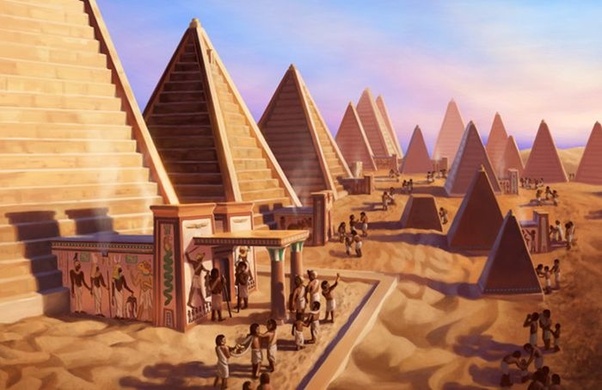 The first of these was built at the site of el-Kurru, including the tombs of King Kashta and his son Piye (Piankhi), together with Piye’s successors Shabaka, Shabataka, and Tanwetamani. Fourteen pyramids were constructed for their queens, several of whom were renowned warrior queens. This can be compared to approximately 120 much larger pyramids that were constructed in Ancient Egypt over a period of 3000 years.

Later Napatan pyramids were sited at Nuri, 10km north on the opposite bank of the Nile. This necropolis was the burial place of 21 kings and 52 queens and princes including Anlami and Aspelta. The bodies of these kings were placed in huge granite sarcophagi. Aspelta’s weighed 15.5 tons, and its lid weighed four tons. The oldest and largest pyramid at Nuri is that of the Napatan king and Twenty-fifth Dynasty pharaoh Taharqa. 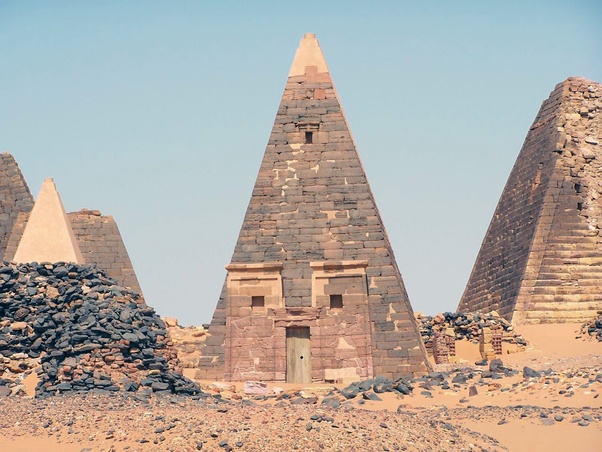 Another small group of 9 pyramids is located next to Jebel Barkal itself. 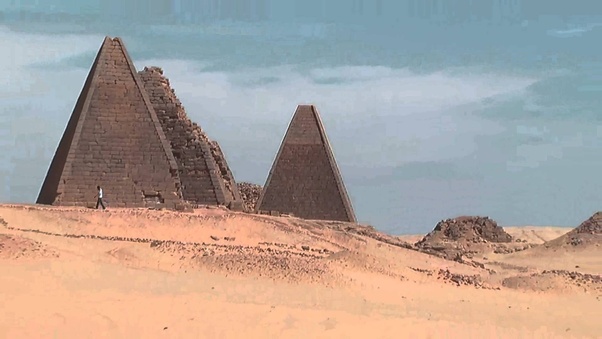 The most extensive Nubian pyramid site is at Meroë, which is located between the fifth and sixth cataracts of the Nile, approximately 240 kilometres (150 mi) north of Khartoum. During the Meroitic period, over forty queens and kings were buried there. 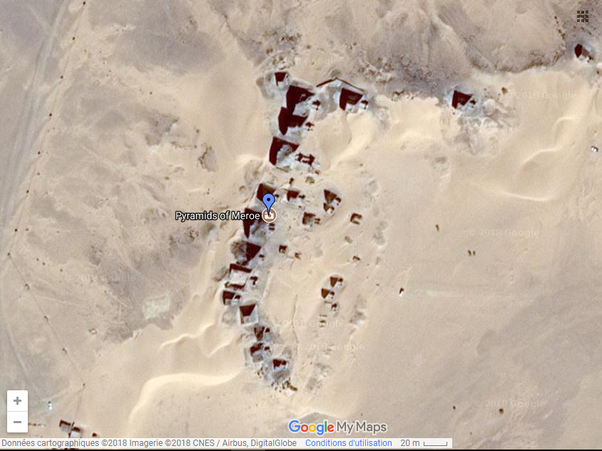 Between 2009 and 2012 the new group of pyramids was discovered near the village Sedeinga.

READ  If Africa was a classroom, here is how each of the students (the countries) be like

The physical proportions of Nubian pyramids differ markedly from the Egyptian edifices: they are built of stepped courses of horizontally positioned stone blocks and range from approximately 6–30 metres (20–98 ft) in height, but rise from fairly small foundation footprints that rarely exceed 8 metres (26 ft) in width, resulting in tall, narrow structures inclined at approximately 70°. Most also have offering temple structures abutting their base with unique Kushite characteristics. By comparison, Egyptian pyramids of similar height generally had foundation footprints that were at least five times larger and were inclined at angles between 40–50°. 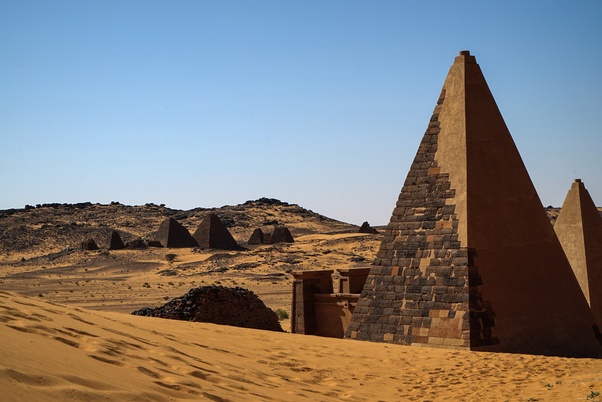 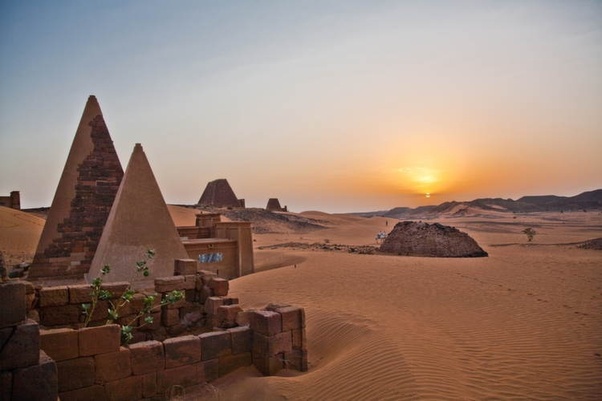 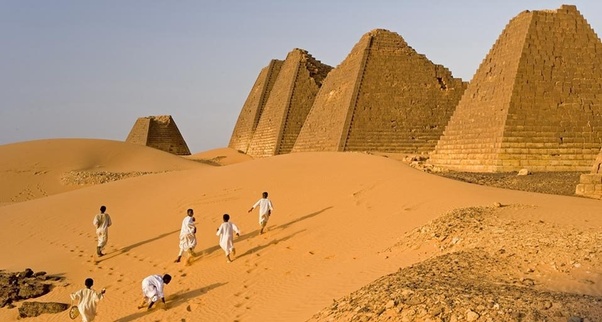 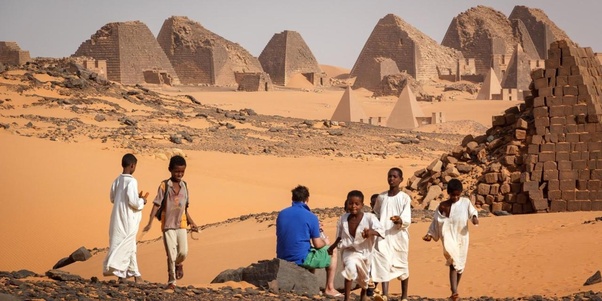 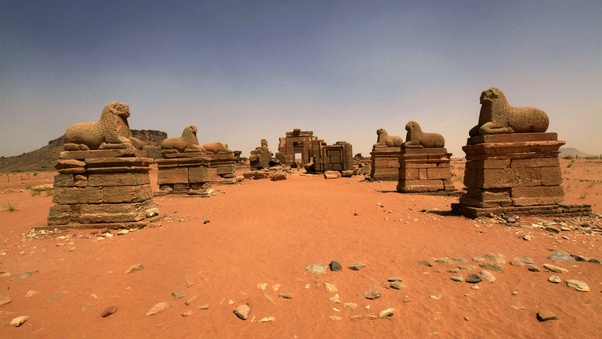 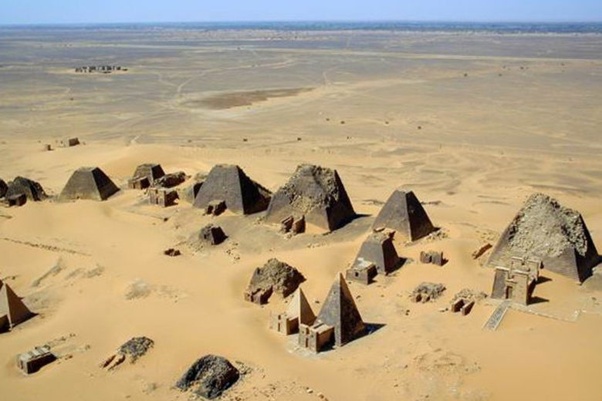 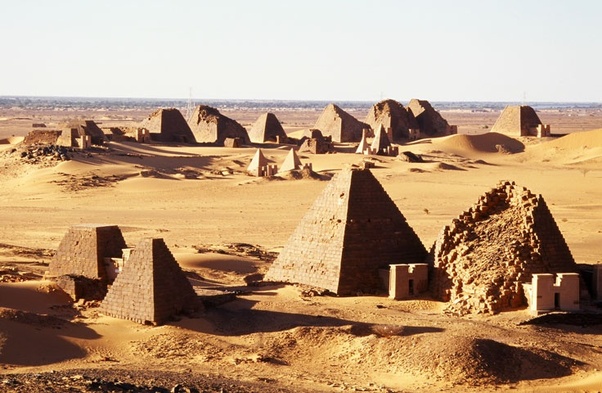 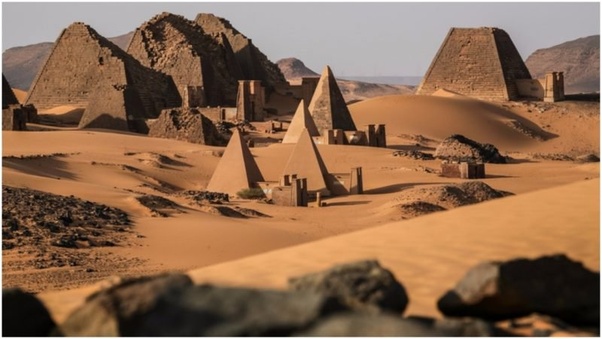 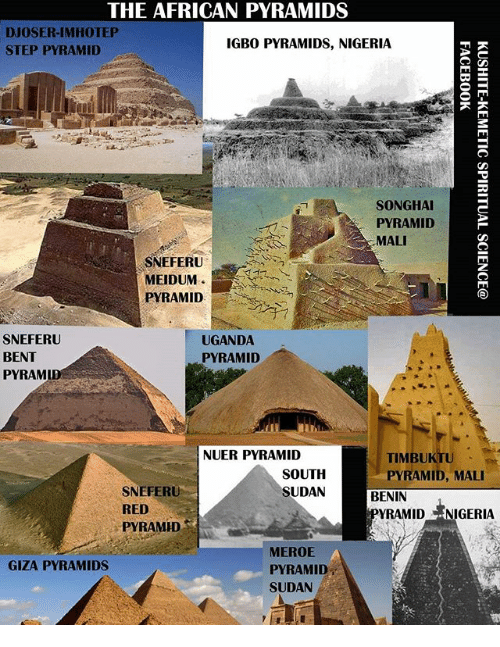 Are China’s investments in Africa a “debt trap”?

African perspective: Until the lions have their own historians the history of hunt will always glorify the hunter