Aid has been a cancer to the development of Africa. 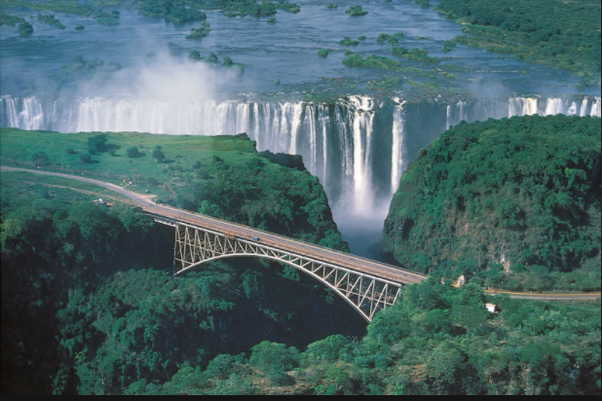 Victoria Falls at the Zambia and Zimbabwe border in the south part of Africa.

As a result, Africa loses revenues from tourism and Foreign Direct Investments they should have been getting. In the end, the biggest losers are the African people.

2. Talk with her own mouth.

African stories are told by those who barely know Africa ( The West). The damage they have done are hard to quantify in monetary values. Just see the perception of Africa around the World. Animals in the jungle ( thanks to discovery channels and national geographic), tribal conflicts and wars ( western media fascination on the negatives by exaggerating reports, etc).

You can tell your own stories with other people’s mouths. We need the CNNs and the BBCs of Africa. Big brands who will tell our own stories to the world. This will help with branding and marketing.

These ideas are not new. We just need to execute them. “ Less talking and more doing”. Africa has great story-tellers but still can’t tell her story Port-Louis, the capital city of Mauritius

Ask an African abroad the types of questions they get about Africa.

For that, Africa is viewed a place to “come and help out”. Instead of Africa being a hub for trade and investment, it is only viewed as a dumping ground for charity. To this day, despite the fact that the fastest growing countries are African today, many investors are still “ too scared”, partially because of the Western media exaggeration of what is going on in Africa.

We need to share our versions of the story. For over a century, our stories have been told by our colonial masters.

Literally speaking, slave owners have been telling the stories of their slaves? Do you think they will tell the whole stories? NO. Who wants to hear a Holocaust history from a Nazi? Absolutely nobody. Even if you did, you want to hear from the jews, right? This is what we have been missing out on big time.

These are the world’s fastest-growing economies in 2017

Don’t get me started about tourism. Africa’s beauty is just unmatchable. Our tourism industry should be the best of its kind in the world. We have so much to offer that you cannot find anywhere. But we are still lagging behind. Stereotypes play a big part into this, but our governments need to brand and market themselves to potential tourists and investors.

The pictures don’t do enough justice of Africa’s beauty and potential. 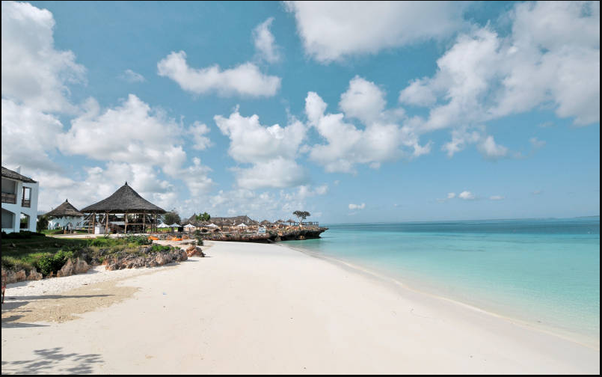 Zanzibar beach at the shore of Indian Ocean in East-Coast in Tanzania.

You cannot be independent. If you still rely on anybody to satisfy your basic needs and services. Do you ever wonder why you can never be independent when you still live in your parents’ basement? They will tell you to be home by 10pm. On occasions, they will ask you where you were and impose some requirements. The moment you moved out of their house is when you get to enjoy your freedom. Not answering to nobody other than you.

Now, your girlfriend can stay with you. You don’t have to inform them where you are going and how long you will be there. You are now free.

As long as the West still give their “ aid”, they will always expect something in return. Period. Why do you think that every African leader who is anti-aid is fought tooth and nail? Patrice Lumumba in Congo, Thomas Sankara in Burkinafaso, and most recently Paul Kagame in Rwanda, Botswana, and other countries.

“ If aid is provided to keep people in poverty, it must have a hidden agenda”. Paul Kagame.

Aid has been used to control and to shut off Africans. For the most part, we are to blame. Why do we allow this stuff to happen? In the meantime, we have compromised our integrity, values, and ethics in exchange of their “peanuts”.

They have set up their trap and we have been trapped for since our so-called “ independence”. For almost 50-years, we have never learned. Its a joke!

4. Whoever controls your money owns you.

I am not blaming the West for our issues. I am just saying that we should know better. It saddens me when a group of European countries have to meet up in Paris, Munich, or London to discuss our own issues. Talking about problems on the continent that we Africans should be discussing among ourselves.

The time to say NO to Aid is NOW or NEVER. 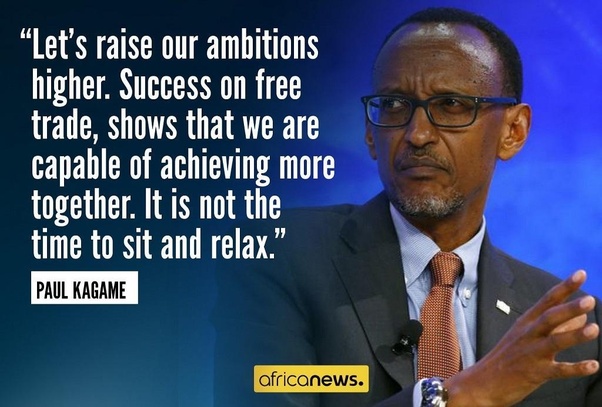 President of Rwanda and the head of the African Union, Paul Kagame ( AU Summit, April 2018).

As Africans, we need to start taking matters into our own hands. I don’t trust majority of our politicians anymore. We cannot wait for them to understand this. If we do, we will have to wait for another 50-years. We have wasted a half-century already. We have no time to waste. The time is now or never. We have wasted 50 years in aid dependency, identity politics, corruption, conflicts and tribalism, and many other toxic things.

For things to change, I only have faith in the African people.

There are many young people on the continent changing the narratives. They range from all corners of Africa, East and West, North and South, and Central Africa. These are young people who are creating businesses, changing people’s lives for the better, creating jobs while improving the quality and the standard of living of those in their home countries.

We need more young people doing the same. I am thankful to see young folks across Africa changing the status quo and going for business and entrepreneurship despite many challenges along the way.

How does Germany, a country of 83-million people, have a bigger GDP than the whole Africa combined? $3.5 Trillion ( 2017 Stats). A country destroyed by WWII around the same time we were fighting to get rid of our colonial masters?

We have to be honest with ourselves and admit that we lost a half century on bullshit. Wars, conflicts, political and tribal conflicts, and begging the West permission on how to live our lives. As we move forward, it is important to learn from our mistakes, correct and move forward together stronger and fast.

We have got to wake up and start running. I don’t think we can afford to walk at the moment. We will be playing “ catch up” with the rest of the World for another 50-years.

LET US BRING BACK DIGNITY AND RESPECT TO AFRICA AGAIN. #NoAid.

I am very worried because I see many countries repeating the same mistakes we have been making for generations. We never learn from our mistakes. We keep crying, complaining and whining like babies. I can’t believe I am saying this but it is true. It pains me to say. My heart and soul breaks for Africa sometimes.

I want to be hopeful but it’s hard. As a student of history, what I see breaks my heart.

I only have hope in our people. The politicians have sold us. They don’t answer to us ( the people), they answer to our colonial masters and their Western donors. They care less about what their people think. Instead, they care more of what their masters think.

I don’t blame them. They have every right to do so.

Oh Africa! We need our Lumumba’s and the Sankara’s back. We need more Paul Kagame’s.

Fellow Africans, in our capacity, we need to take matters into our own hands.

Like the Rwandan proverb says: “ Ak’i muhana kazi imvura ihise”. You cannot wait for others to feed you. Their gifts come late.

It is now or never. It is time to end the poverty industry. If you want to learn how aid has messed up Africa for 50 years, those who benefited from it, and why they don’t want to let it go, what Poverty, Inc. An award winning documentary that breaks it down from A to Z. Countries can only develop through trade, tourism, business, and entrepreneurship. If the Asia tigers did it, why not us?

Our leaders need to get their acts together. It is long overdue but we need to start now. Otherwise, I am afraid, we are looking at another 30-50 years of shame, pain, and suffering. I am still young and don’t have children yet, but I want my kids to be born in Africa, live and study in #Africa, work and live a happy life in #Africa. Period.

I don’t want them to have to travel to foreign lands to make it in life. That would be a shame and a disagrace. I am determined to do my part and hope my fellow Africans do the same.

Together, we can bring dignity and respect to our continent, again.

Are China’s investments in Africa a “debt trap”?

African perspective: Until the lions have their own historians the history of hunt will always glorify the hunter