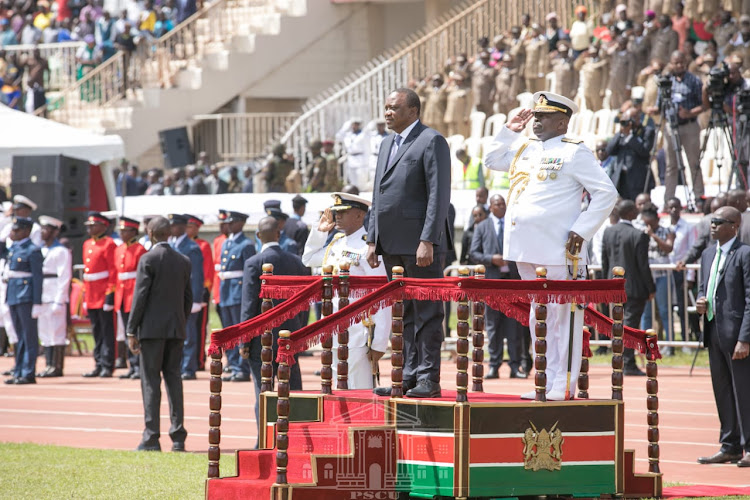 President Uhuru Kenyatta has publicly told off legislators who have been representing governors in court citing conflict of interest.

A stern Uhuru said state and public officers are trustees of the people with a Constitutional, statutory and moral duty to administer public affairs and resources.

Speaking during the 56th Jamhuri Day celebrations at the Nyayo National Stadium on Thursday, the President warned that state and public officers are not above the law.

In an apparent reference to the senators who recently represented Nairobi Governor Mike Sonko in his Sh357 million graft case, Uhuru said he Constitutional order is a jealous one which demands state officers serve no other master than it. 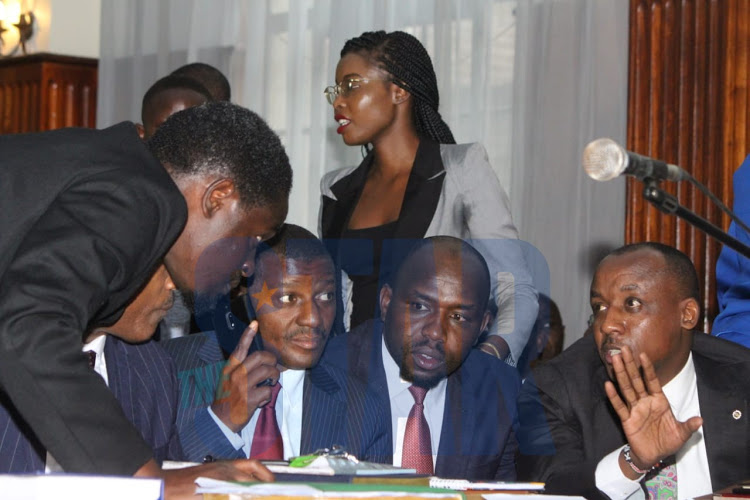 Some of the lawyers representing Nairobi Governor Mike Sonko at the Milimani Law Court on Monday, December 9, 2019.

“One cannot serve as a legislator at the national or county level while at the same time practising law, whether or not for gain,” Uhuru said.

The President said professionals who take state or public offices should give up private practice and devote their full-time energy and focus on public duties without the perception that they are using their offices as a platform to advance personal interests.

“Is it fair? Is it right fo legislators who have control over funds and exercise oversight over the Judiciary to appear in court as counsel?” Uhuru posed.

The President further directed the Attorney General to fast track the submission to cabinet for approval to parliament the law on conflict of interest which has already been subjected to stakeholder consultation.

Uhuru is the guy who will make or break Ruto bid for presidency.